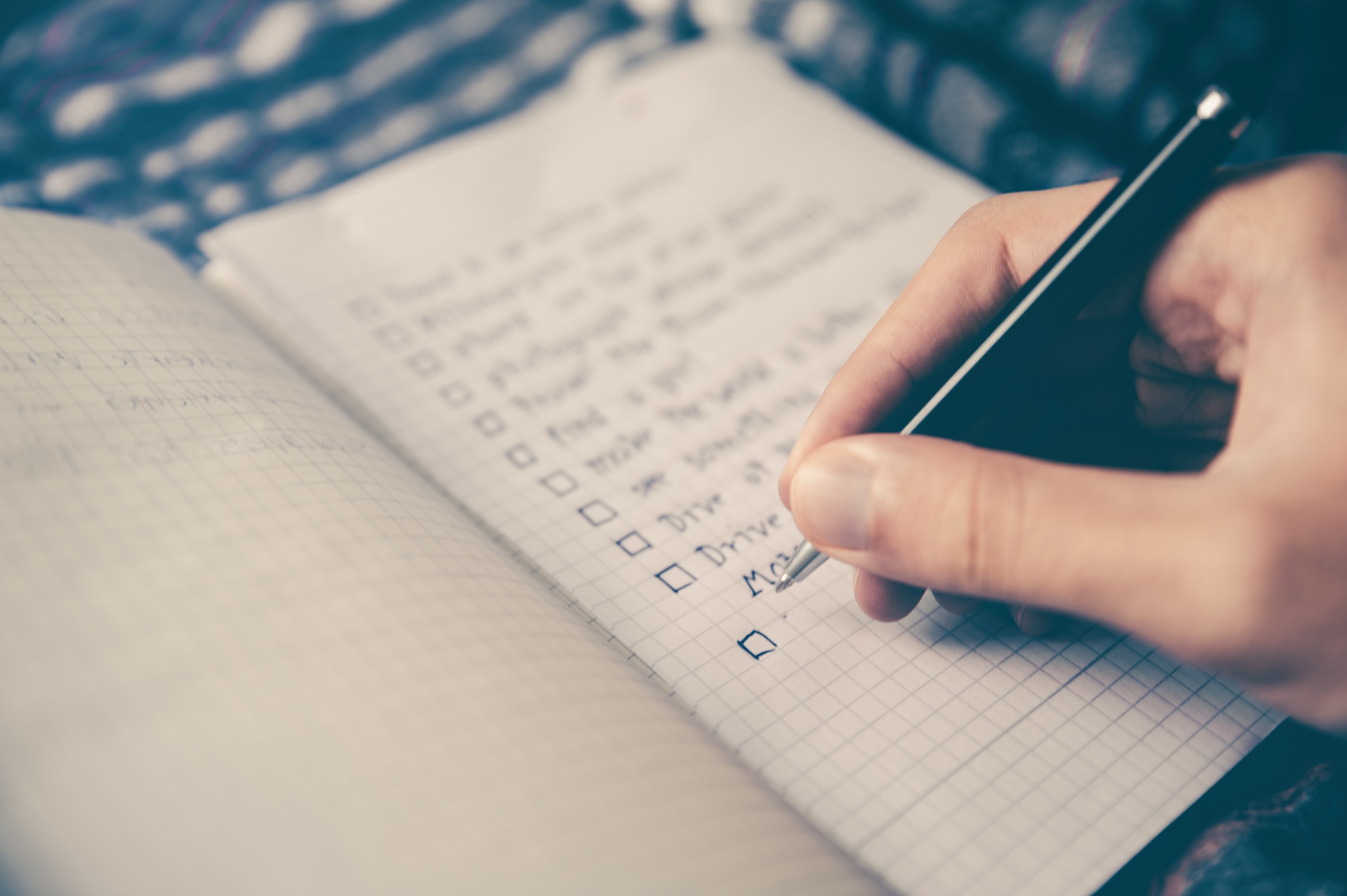 2022 is going to be my "year of habit". My yearly theme will be to start and keep habits - a pretty simple concept, but something I've not had a real hood track record with in the past. Having a theme is a departure from a set in stone goal as it allows me to fail and try again without the mental burden of not having reached my initial goal. This idea is inspired by both Mike Crittenden and CGP Grey.

At the end of the year I'd like to look back and say that I've started some new habits and dropped some bad ones. Below are a few that I'd like to prioritise for now, but I'd also like to think I can find some new ones to attempt as the year progresses.

I've always had pretty good teeth, but this has been from pure luck rather than diligent care (which drives my wife insane). I'm aware though that I'm really pushing that luck at this point, so I'd like to make it a habit of brushing, flossing, etc. twice a day and getting a checkup every 6 months.

This is an important one for me. I've never been a big exerciser, but over the last few years I've lost a lot of the ambient exercise I was getting (mainly walking and cycling a lot). I'd like to pick up running and using an exercise bike regularly (the balance is a little dependent on how well I acclimatise to the Phuket weather!).

For the last 15 years I've been almost always studying a language (Chinese, Malay, Swedish, and now Thai). There's no secret to learning a language well, it just takes regular study and practice, so I'd like to make it a habit to do 30 minutes of language study a day. It's not enough time to get fluent fast, but good enough to make regular gains.

I used to be okay with this, but since having a kid my sleep patterns have been pretty erratic, even after my daughter stopped waking up in the middle of the night. I'd like to return to getting up and sleeping at a regular time (including some sort of routine for getting ready to sleep every night).

I have a bad habit of losing track of time when gaming, so I'm going to limit myself to a max of 1 hour a day.

I could blame the pandemic, but I've always had a bad habit of waiting too long to get my hair cut. This year I aim to stop traumatising hairdressers and get my hair trimmed when its still manageable.

This is tide to regular sleeping times. I'd like to read for at least 30 minutes before sleeping every day.

I'd like to get write for 30 minutes a day too. Just anything - notes, blog posts, newsletters.

I'm not sure how much "more" actually is, but I'm going to try and track my water intake every day and see where I'm at. Might be a good replacement for a least one cup of coffee every day too (I'm not quite ready to make "less coffee" one of my goals though!).

I'm not really great at keeping in touch with friends and acquaintances. I'd like to push myself a bit more on this.

No one has interacted with this page yet.